How Can Dentists Treat Ringing In The Ears?

Patients with tinnitus rarely have a moment of peace. The buzzing and ringing sound in their ears can overtake their lives, interfering with their ability to concentrate at work or enjoy family activities. At VIA Health Group in Canton, Ohio, we know how tinnitus can develop as experts in airway solutions and sleep-disordered breathing. Airway health is critical to the likes of proper sleep, respiration when at rest, and the health and function of connected tissues and structures – including the teeth! Treatment may come in the form of something as innocuous as an oral device worn in the mouth during sleep to foster better breathing. 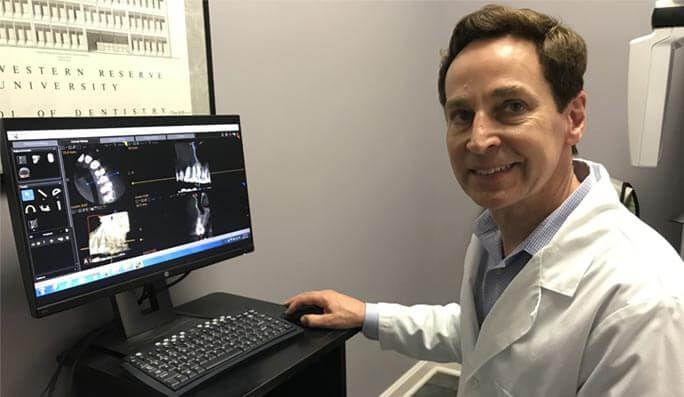 Did you know that modern dentistry can treat ringing in your ears?

In the article below, you can learn about how Dr. Danner uses dental treatments to address the common problem of ringing in the ears, also known as tinnitus.

Question: What Is A Recent Case You Had Where The Patient Struggled With Ringing In Their Ears?

Dr. Danner: I had a 67-year-old patient who came into the office seeking care for ringing in his ears. He could not take it anymore. He went to an ear, nose, and throat specialist. He talked to his physician about his problem. He explored every option he was aware of to get rid of the ringing in his ears. No one could really help him, and he was at wits’ end.

Question: So, What Did You Do Fo/imr The Patients Ringing Ears?

Dr. Danner: We did a 3D X-ray to evaluate his airway in order to see if he faced challenges there. We also did a sleep study to see if issues were going on while he was sleeping. It turns out that he did have a sleep issue. He would not take in enough oxygen while he was asleep. He would clench and grind his teeth while sleeping, as his body was trying to figure out how to get enough oxygen in his mouth.

Question: How Do Breathing Problems During Sleep Cause Ringing In The Ears?

Dr. Danner: The pressure from the patient clenching his teeth caused destructive forces on his jaw joint. The jaw became inflamed, and that inflammation began to affect the patient’s ears. The inflammation caused the ringing in his ears.

Question: So, How Did You Treat This Inflammation That Caused His Ears To Ring?

It’s important to have signs and symptoms of a potential sleep breathing disorder evaluated by a knowledgeable healthcare professional.

Question: How Long Does It Take To See Results?

Dr. Danner: So, that patient was a success story. However, not everyone sees results so quickly. Sometimes, patients take up to six months to see results. Inflammation in the jaw does not always cause ringing in the ears. However, oftentimes, it does. Some people do not get enough air while they are sleeping, and they then clench and grind their teeth at night. This pressure leads to inflammation, and the inflammation leads to ringing in the ears. If our oral appliance can help the patient get enough oxygen at night and stop clenching and grinding their teeth, then we solve the ringing in the patient’s ears.

Question: What Is The Relationship Between Stress And Ringing In The Ears?

Dr. Danner: So, stress in and of itself is not going to cause you to crunch and grind. Many people are stressed, and they are not having issues with clenching, grinding, or breathing while they sleep. Typically clenching and grinding your teeth happens when you are not getting enough oxygen for your body to function. Your body then fights to get oxygen, and one way it fights is by moving the jaw around. As the jaw moves around, it presses the teeth together. Pressure on the jaw joint then leads to inflammation, which can lead to ringing in the ears.

Question: So, If Someone Is Suffering From Ringing In The Ears, How Can They Get Treatment?

Dr. Danner: The first thing for the patient to do would be to have a virtual consultation appointment and then come in for diagnostics. Some people say that they feel there is a sloshing effect in their ears and fluid in their ears. Some people say that their ears are tingling. There is also the common complaint of ringing in the ears, also known as tinnitus. As opposed to living with your problem, I highly recommend that you come in for an evaluation. If the root of the problem is sleep disorder breathing, the problem could lead to a stroke, heart issues, high blood pressure, and weight gain. For your whole body’s health, it is best to get an evaluation to figure out what’s going on, The ringing in the ears is a problem, and it may be a signal to you that there is more going on. It can be an important signal that we want to make sure we pay attention to going forward.

Schedule An Appointment With Dr. Danner

Dr. Danner and his team want to make it as simple as possible to know whether these new technologies and our expert team can help. That means no long processes or complicated hoops to jump through.

It’s important to have signs and symptoms of a potential sleep breathing disorder evaluated by a knowledgeable healthcare professional.

Dr. Jeff Danner and the team at VIA Health Group focus on “Vitality In Airway” to improve the quality of life for patients who have a compromised airway in Canton and surrounding areas.

© 2022 VIA Health Group. All Rights Reserved. Powered by www.ekwa.com